UNITY is an investment and advisory firm representing a diverse circle of global investors, entrepreneurs and philanthropists who are committed to driving lasting economic and social transformation in the markets where we operate, through trusted relationships with leaders, strategic capital allocation, and operational excellence

UNITY develops strategic infrastructure projects that have potential to facilitate a step-change in economic growth for an entire community, nation or region.

UNITY performs financial advisory work, including sourcing, due diligence and structuring of middle market mergers and acquisitions, restructuring distressed companies, sourcing and due diligence of growth investments, and delivering growth through joint ventures and strategic partnerships. UNITY also conducts specialized research in the markets and companies where our clients operate.

We are committed to promoting wise leadership in the public and private sectors, and have been actively involved in private and public sector diplomatic initiatives in Sub-Saharan Africa and the Middle East.

UNITY’s mission is to drive lasting economic and social transformation in the markets where we operate through trusted relationships with leaders, strategic capital allocation, and operational excellence

UNITY’s relationships with local business, social and political leaders have been built over a decade and provide us with access to unique transactions in each country where we operate. UNITY’s relationships with global leaders allow us to bring world-class industry operating expertise, political advocacy, and strategic capital to facilitate the success of our projects. UNITY only works closely with and invests in leaders whose character we trust. We believe that this is a critical determining factor that facilitates the long-term commercial success of our projects and ability to transform the markets in which we operate 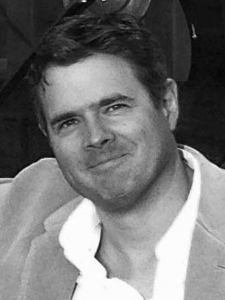 Daniel serves as UNITY’s Chief Executive Officer. Daniel has worked in Central East Africa for over 10 years on business, diplomatic and philanthropic initiatives – in particular, bringing his network of global leaders to develop trusted relationships with African leaders that have led to investment in infrastructure, sourcing, and distribution, as well as community development, social justice, and conservation initiatives throughout East Africa. Prior to co-founding UNITY, Mr. Cooper worked on projects in the U.S. and Africa through his own firm, COVE LTD, and in a leadership role at the private equity investment firm, Westrock Capital Partners. Previously, Daniel worked for twelve years and became a partner in Fox River Financial Resources, a firm specialized in quantitative trading, private equity, and real estate investing in the United States. In his role at Fox River, Daniel traveled extensively in emerging and frontier economies executing business, investment, and diplomatic initiatives. 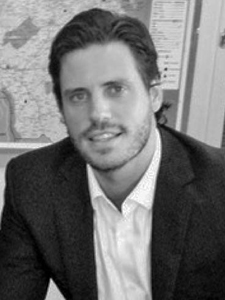 C.J. serves as UNITY’s Chief Operating Officer. Prior to joining UNITY, C.J. made private equity and growth investments at New York based investment and advisory firm, St. James Partners. C.J. has acted as a financial advisor on asset sales, leveraged buyouts, and other strategic transactions in the finance, technology, consumer, entertainment, infrastructure and real estate sectors. Previously, C.J. was a management consultant in the Financial Institutions Group at McKinsey & Company in New York, where he designed growth and margin expansion initiatives on behalf of banking, asset management, and private equity firms. C.J. received a B.A. in Government from the University of Virginia, a J.D. from the University of Virginia School of Law, and is a member of the State Bar of New York. C.J. is a mentor at Spark Labs, a global startup accelerator in Seoul, Korea. C.J. serves on the Board of Alpha USA. 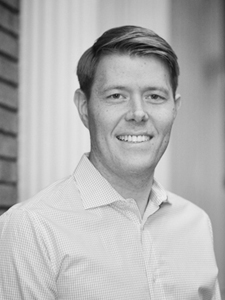 Neil serves as UNITY’s Chief Financial Officer. Prior to joining UNITY, Neil was a Vice President and lead equity research analyst at Goldman Sachs, Barclays Capital and Lehman Brothers in New York. There, he covered the travel, hospitality and consumer industries and helped execute numerous transactions, including a billion dollar block trade and completion of Zipcar’s $1.1 billion Initial Public Offering. Neil started his career at boutique investment bank Libra Securities, closing 15 M&A and high yield debt transactions totaling $1.3 billion. He is a CFA Charterholder and received his MBA from the Moore School of Business at the University of South Carolina and his BS from Middle Tennessee State University. 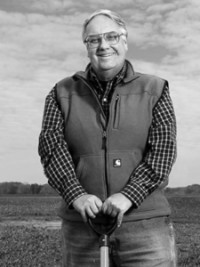 Howard G. Buffett grew up in Omaha, Nebraska, and has been active in agriculture, business, conservation, philanthropy, photography, and politics. He currently spends the majority of his time managing the Howard G. Buffett Foundation, a private charitable foundation. Mr. Buffett oversees a 1,500-acre family farm in central Illinois and farms in Nebraska with his son. He oversees three foundation-operated research farms: over 3,100 acres in Arizona, 4,400 acres in Illinois, and 9,200 acres in South Africa. Mr. Buffett has served in a number of public positions. In 1989, he was elected to the Douglas County Board of Commissioners in Nebraska; he has served on two Office of the United States Trade Representative committees; and as Chairman of the Nebraska Ethanol Authority and Development Board. Mr. Buffett served in senior executive positions at Archer Daniels Midland Company and The GSI Group. Mr. Buffett currently serves on the Corporate Boards of Berkshire Hathaway, Inc., an investment holding company, The Coca Cola Company, the world’s largest beverage company, Lindsay Corporation, a worldwide leader in the manufacturing of agricultural irrigation products, and Sloan Implement, a privately owned distributor of John Deere agricultural equipment. Mr. Buffett has served on the boards of Archer Daniels Midland, a leading global food processor, Coca-Cola Enterprises, Inc., the largest Coca-Cola bottler in the world, ConAgra Foods, one of North America’s largest food service manufacturers and retail food suppliers and Agro Tech Foods, a publicly traded food manufacturing company in India. He serves or has served on numerous non-profit boards. In 1997, Mr. Buffett was appointed as a member of the Commission on Presidential Debates; he received the Aztec Eagle Award from the President of Mexico in 2000, the highest honor bestowed on a foreign citizen by the Government of Mexico; and in 2002, he was recognized by the Inter-American Institute for Cooperation on Agriculture as one of the most distinguished individuals in the field of agriculture. In 2005, he received the Will Owen Jones Distinguished Journalist of the Year Award, and in 2007, he was appointed a United Nations Goodwill Ambassador Against Hunger on behalf of the World Food Program. In 2011, Mr. Buffett was awarded the Triumph of Agriculture Exposition Agri Award, the World Ecology Award, and the George McGovern Leadership Award. In 2012, he was awarded the National Farmers Union Meritorious Service to Humanity Award, the Columbia University Global Leadership Award, and an Honorary Doctorate of Humane Letters from Pennsylvania State University. Mr. Buffett has traveled to 130 countries documenting the challenges of preserving our biodiversity while providing adequate resources to meet the needs of a growing global population. In the process, he has authored eight books on conservation, wildlife, and the human condition. His writing has been published in periodicals including The Wall Street Journal and The Washington Post. He is also the author of 40 Chances: Finding Hope in a Hungry World. 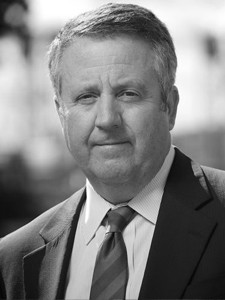 Matthew Rose was elected Chairman of Burlington Northern Santa Fe Railway in March 2002 and served as CEO through January, 2014, when he retired as CEO and assumed his current role of Executive Chairman. He joined the Burlington Northern in 1993. Before joining BN, Rose was Vice President-Transportation for Triple Crown Services (a Norfolk Southern subsidiary) where he had functional responsibility for all facets of the truck/rail operation. Prior to that, he held various positions with Schneider National and International Utilities, a trucking conglomerate. He began his railroad career in 1981 as a Corporate Management Trainee with Missouri Pacific Railroad. Rose holds a Bachelor of Science degree from the University of Missouri, where he majored in marketing and minored in logistics. He is a member of the Board of Directors of AMR Corporation, AT&T Inc., the Association of American Railroads, and the U.S. Chamber of Commerce. He is also a member of the Texas Governor’s Business Council, the Business Roundtable, The Business Council, the Board of Trustees of Texas Christian University, and the Boy Scouts of America National Executive Board. He was also a member of the National Surface Transportation Policy and Revenue Study Commission. He and his wife live in Westlake, Texas. 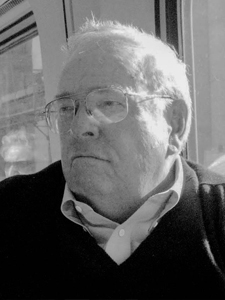 Mike has 45 years of experience in the railroad industry. He served as the CEO of the Australian Railroad Group, and as President and COO of Southern Pacific Lines. At both companies, he was the recipient of industry awards for leadership in safety. He also served as Vice President of Maintenance for Southern Pacific during the rebuilding of its infrastructure and fleet. Prior to his appointment to senior management positions, he worked in field operations for 15 years, establishing a reputation for managing operations efficiently. Since retirement from line responsibilities, Mike has provided counsel to the 2009 BNSF Central Corridor Railroad Feasibility Study and 2013 BNSF CCR Feasibility Study Update, the privatization of the National Railways of Mexico, the Norfolk Southern acquisition of Conrail lines, and to other infrastructure projects in the Middle East and Afghanistan. Mike is a graduate of U.C. Berkeley with both B.S. and MBA degrees, and completed the 92nd Harvard Advanced Management Program. 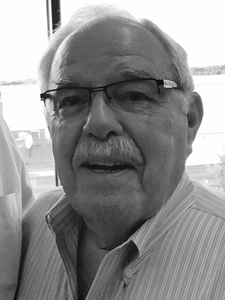 James D. Sinegal co-founded COSTCO in 1983 and was CEO of the company until his retirement on December 31, 2011. He was also President until February 2010 and served as a non-officer employee from January 2012 through April 2013. Sinegal attended San Diego State University, when he began working as a bagger at the discount chain Fed-Mart in 1954. When he received a promotion, he discontinued his studies. Under the tutelage of Fed-Mart head Sol Price, Sinegal rose through the company ranks, eventually holding the position of Executive Vice President. He credits Price with teaching him not only the basics of retailing but also the importance of establishing relationships with customers based on trust. Price’s other business principles had a clear influence on the culture Sinegal would create at Costco: obeying the law, taking care of employees, and keeping inventory lean. In 1979, Sinegal moved to Sol Price’s next venture, the membership-based warehouse chain Price Company, also known as Price Club. By 1982 the company had established 10 outlets and garnered sales of $366 million. In 1983 Sinegal left Price Company to found Costco Wholesale Corporation with fellow entrepreneur Jeffrey Brotman. During his tenure as President and CEO, Costco became the top warehouse-club retailer in the United States, with more than four hundred stores in the U.S. and overseas, amassing $40 billion in sales in 2003 alone. Known as much for his voluntarily low salary as for his insistence that adequate employee compensation was good for business, Sinegal was named one of BusinessWeek ‘s “Best Managers” in 2003. Jim Sinegal and his wife Janet live in Washington State. 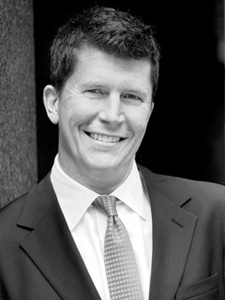 Troy Griepp is a Managing Director at Morgan Stanley and the managing partner and Chief Investment Officer of a ten-member Morgan Stanley Private Wealth Management team. Troy and his partners currently customize advice and solutions to manage and allocate approximately $7 billion in capital globally. He and his team have been named to Barron’s “Top 100 Financial Advisers” each year since 2006. Troy earned his B.S. in Finance from the University of Minnesota, where he graduated summa cum laude, and his MBA from the Stanford Graduate School of Business. Troy holds the CFA designation. Troy and his wife Angelique live in San Francisco, California. Troy serves on the Board of Mercy Ships International.